Welcome to Napkin Folding Guide. Here’s the luxurious Bird Of Paradise Napkin Fold. A stiff napkin works best for this one and an iron can make the work much easier to do. This fold may take a few minutes or so but creates an amazing display to delight your guests.

The Bird Of Paradise Napkin Fold 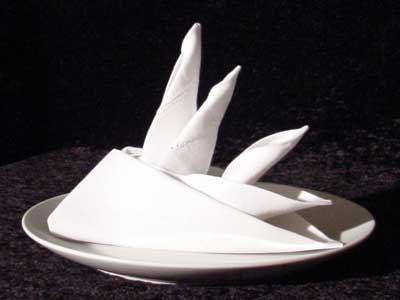 This is a classic and classy napkin folding technique that requires a stiff napkin. If you don’t have any dinner napkins made of stiff linen then a light starching should fix you right up. 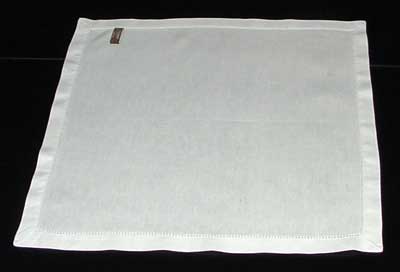 1. Lay the napkin face down in front of you.

2. Fold the napkin in half. 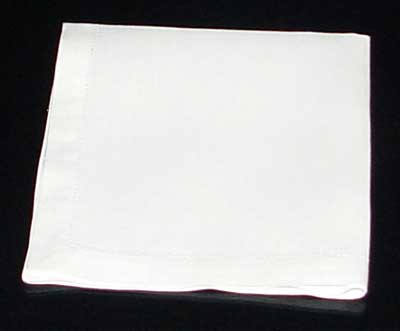 3. Fold the napkin in quarters.

4. Fold the napkin in half diagonally, creating a triangle.

5. Orient the triangle so the open tip is facing away from you.

6. Fold the right corner diagonally towards you – laying it down along the centerline of the triangle, making a new tip pointing towards you. An iron can make this important fold a whole lot easier. 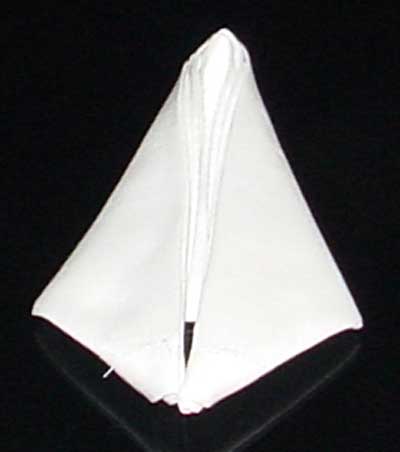 7. Do the same with the left corner, fold it diagonally toward you and press it down next to the previous fold. Now you have a diamond, you’re rich! Yay!.

8. Fold the two "wings" that you just made in folds 6 and 7 under so that you have your original triangle shape back. Once again an iron can make a world of difference. 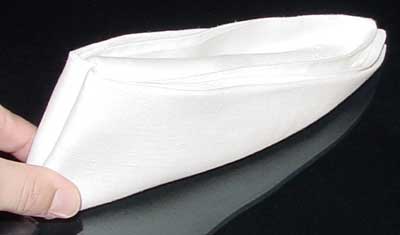 9. Fold the triangle in half by bringing the center seam towards you and allowing the ends to fall.

10. This bird’s almost ready to fly, but first you must give it some feathers. While holding the base firmly to keep your folds together, pull up the four ‘flaps’ created by the napkin’s corners. 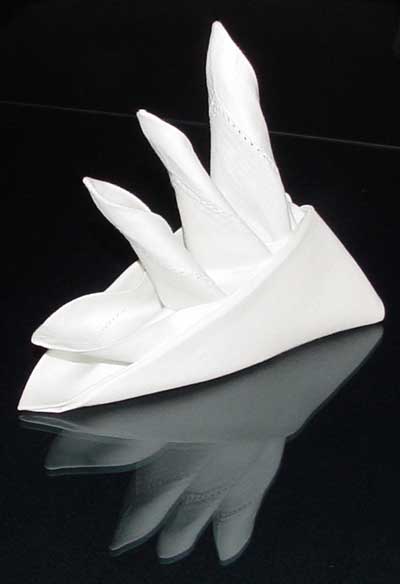 Pretty cool fold, isn’t it? It makes you wonder if there are people sitting around in basements performing experimental napkin folds while the rest of us are sleeping. This fold can be difficult if you don’t use an iron or have a fairly stiff napkin so be prepared to put a few minutes into making each one.